Prepare for a perilously good time when the “Dangerous Dames’’ visit the Raleigh-Durham area for a book tour, Oct. 13-17. Deborah Sharp, Julie Compton, and Joanna Campbell Slan live up to their billing: They kill people for a living -- at least fictionally. In reality, the three nationally known mystery authors are perfectly nice women with families and pets and houses with mortgages. There’s not a homicidal maniac among them, except when it comes to plotting their novels. However, at least one of the Dames confesses to considering murder while undergoing editing. Several appearances are scheduled throughout the area. (See schedule below.)

Most will feature the “Dangerous Dames’’ in a panel discussion. Moderating is Molly Weston, who blogs and lectures about mysteries. An avid Tarheels fan, Weston also edits the Sisters In Crime journal, inSinC. 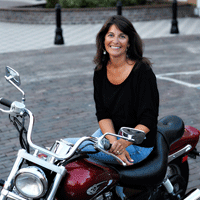 Julie Compton mined her training as a lawyer to write her debut, Tell No Lies. Aptly described as part Scott Turow and part Jodi Picoult, the legal thriller earned a starred review from Kirkus, which called it a "taut, tense cautionary tale … with courtroom drama and a surprise ending." Her most recent release, Rescuing Olivia, was praised by Publisher's Weekly as an "intense, entertaining second novel" with a "super-satisfying resolution."

Compton, who left the practice of law to write full-time, now considers herself a recovering attorney. She hopes to never fall off the wagon. She lives near Orlando, Florida.

Deborah Sharp, a former reporter for USA Today, traded in sad news stories for funny fiction. She sets her ''Mace Bauer Mysteries'' in a sweet-tea-and-barbecue slice of her native Florida. Sharp rode a horse across the state to research her second book, and landed on NBC's Today show in a tacky wedding veil for her third. Mama Sees Stars, her fourth, garnered a starred review in Library Journal: “This zany fourth entry . . . is a feature worthy of the big screen.’’

Sharp and her TV reporter husband, Kerry Sanders, live in Fort Lauderdale. No kids. No pets. They had goldfish once. Turned out badly. 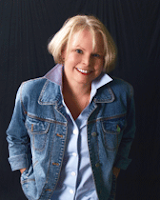 Joanna Campbell Slan is the author of the “Kiki Lowenstein Mystery Series’’ and a dozen other books. Paper, Scissors, Death -- the first book in the mystery series -- was an Agatha Award Finalist. It is also one of Kindle's top 50 bestselling books. Her most recent release in the series is Make, Take, Murder. Slan’s newest mystery series starring Jane Eyre as an amateur sleuth will be released in July 2012 from Berkley. When she isn't traveling with the Dangerous Dames, she divides her time between Washington, DC, and Jupiter Island, Fla.

Veil of Lies is Jeri Westerson’s debut novel. Uniquely described by the author as "medieval noir," this book combines the elements of a locked room mystery, Sam Spade and Brother Cadfael under one cover.

Having been stripped of his knightly rank and lands for treason, Crispin Guest is forced to scrape out a meager living using his wits. He accepts a distasteful commission from a wealthy cloth merchant, Nicholas Walcote, to ascertain if his comely young wife is dallying with another man. Before Crispin is able to disclose his findings and collect his silver coins, he discovers Walcote murdered. Attempting to fulfill his knightly obligation to his benefactor Crispin becomes immersed in international intrigue and a search for a missing religious relic.

Veil of Lies is told in a contemporary voice so the reader is not bogged down with excessive archaic language. Dark shadowy settings, interesting plot twists and historical references give the reader an interesting journey back to medieval London.

If you enjoy the classic noir style of Dashiell Hammett and the historical mysteries of Sharon Penman or Michael Jecks you’re in for a treat with Westerson. Although Veil of Lies is darker and grittier than my usual cozy mysteries, I highly recommend it.

Posted by Msmstry at Tuesday, September 20, 2011 No comments:

Volunteer for Murder by Tim Myers

A typical day in Jackson's Ferry has taken a deadly turn. A tardy volunteer staggers in the local soup kitchen, crashes against a table in an apparent drunken state. She falls to the floor, her hand clutching the handle of the knife buried in her chest! The police aim their sights on a homeless woman as the quilty perpetrator of the stabbing. Engaged couple, Seth and Gillian, volunteers at the kitchen are not so sure. Pleadings from a friend of the suspect, they decide to do some further investigating. Their questioning of the victim's family & others leads to bullets flying.

A cast of characters and possible motives that could rival the boardgame Clue! Our duo is in for a race to find answers before murder happens again! This story is fast paced, fun and filled with unexpected twists to its concusion. Tim Myers has given us another fine mystery!

FTC Disclosure - The book was provided by the author.

This book is available in paperback from Amazon and in all ebook venues.
Posted by Msmstry at Monday, September 12, 2011 No comments:

New York Times bestselling writing duo, Charles Todd, will be speak at the National World War I Museum on Tuesday, September 20th at 7 PM. The event will be broadcast online live from the museum.

Charles Todd will discuss how investing in research has made possible two outstanding series with two individually unique characters. Both Ian Rutledge, a Scotland Yard Inspector who has returned from fighting and suffers from shellshock, and Bess Crawford, a young nurse serving in The Great War, offer readers a chance to revisit a pivotal event of the Twentieth Century. Sometimes it is fiction that makes a period more accessible to the casual reader and yet offers a student of the era a new perspective.

Todd's latest in the Bess Crawford series is A Bitter Truth.
Posted by Msmstry at Monday, September 12, 2011 No comments: 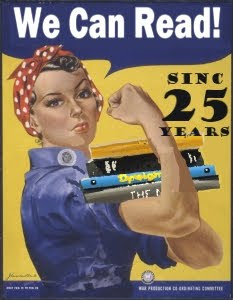 Barbara Fister, secretary of Sisters in Crime, has issued a reading challenge as part of the organizations' 25th anniversary. I've signed on and I hope many of you will join me. Check it out at the Sinc blog site. Let me know how you respond!
Posted by Msmstry at Thursday, September 01, 2011 1 comment: