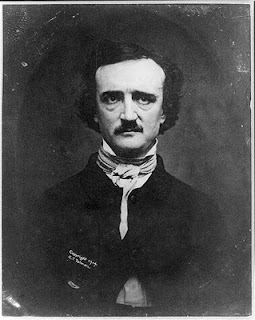 I'm fortunate to have so many contacts who keep me appraised of happenings in the mystery world! Today's email brought this one from Meryl Zegarek Public Relations.

Mystery Writers of America is proud to announce on the 202nd anniversary of the birth of Edgar Allan Poe, its Nominees for the 2011 Edgar Allan Poe Awards, honoring the best in mystery fiction, non-fiction and television published or produced in 2010. The Edgar® Awards will be presented to the winners at our 65th Gala Banquet, April 28, 2011 at the Grand Hyatt Hotel, New York City.

BEST FACT CRIME
Scoreboard, Baby: A Story of College Football, Crime and Complicity
by Ken Armstrong and Nick Perry (University of Nebraska Press – Bison Original)
The Eyes of Willie McGee: A Tragedy of Race, Sex, and Secrets in Jim Crow South
by Alex Heard (HarperCollins)
Finding Chandra: A True Washington Murder Mystery
by Scott Higham and Sari Horwitz (Simon & Schuster - Scribner)
Hellhound on his Trail: The Stalking of Martin Luther King, Jr and the International Hunt for his Assassin by Hampton Sides (Random House - Doubleday)
The Killer of Little Shepherds: A True Crime Story and the Birth of Forensic Science
by Douglas Starr (Alfred A. Knopf)

Congratulations to all of these great authors! And to the publishers, publicists, agents, and booksellers who made it possible for readers to have such diverse choices. 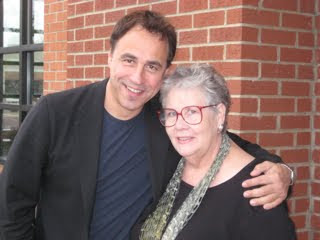 It's official. Sherlock Holmes will be back on the streets of London—this time sanctioned by the Arthur Conan Dolye estate. Orion will publish the new adventure in September. See details at The Bookseller.

I'm marking my calendar now!
Posted by Msmstry at Monday, January 17, 2011 No comments:

MERCY KILL is a follow-up to her Wall Street Journal bestseller NO MERCY, which published in 2010 with rave reviews. In NO MERCY, Armstrong introduced readers to tough-as-nails former army sharp-shooter Mercy Gunderson.
Posted by Msmstry at Tuesday, January 11, 2011 No comments: 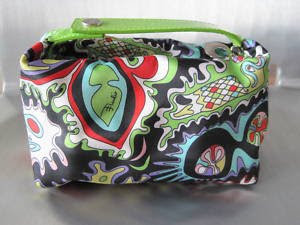 Just got word from Jane. She's celebrating the April 2011 publication of Deadly Threads—a tale of vintage clothing, a cat who fetches, and betrayal—with a Pucci purse give-away! Details and a link to the entry form can be found on her website. www.janecleland.net

Jane and Stephanie Pintoff will be with me in North Carolina in June. Watch for full details.
Posted by Msmstry at Tuesday, January 11, 2011 1 comment:

It's easy to see why this book has been on Pub Alley Fiction Mystery Bestsellers list for several days now. The man can write!

David Mapstone has reason to feel sorry for himself: He's just turned in his badge as a deputy sheriff (his friend, former partner, and boss was defeated in the recent election), his wife is living in DC, and his barely tolerated sister-in-law Robin is living in his garage apartment. Then things really get bad: Robin receives a package that ties her to a murder, David's nemesis investigates the case, and bullets start flying. Phoenix itself is a major character in this fast-paced thinking-reader's thriller.

FTC Disclosure - This book was provided by the publisher.
Posted by Msmstry at Monday, January 10, 2011 No comments:

I had the pleasure of escorting Dan while he was in Raleigh last year (can I say that already?). He was a big hit at everywhere I took him, possibly because he writes so many different types of books for kids. Check his website for details. Dan just sent me a trailer for his latest offering. I think you'll enjoy it. Check it out.
Posted by Msmstry at Sunday, January 02, 2011 No comments:

Even as Inspector Ian Rutledge is embroiled in turmoil at Scotland Yard, a serial murderer is targeting the village of Eastfield. All three victims are young veterans of the late war (WWI), but one is the son of a wealthy brewery owner who demands that the Yard be called in on the case. Rutledge finds virtually clueless crime scenes where the victims were garroted and left where they died. While the families of the victims are willing to talk, they can offer no reasons for the death. As Rutledge follows the meager clues at his disposal, he slowly realizes his suspect is both clever and diabolical. Meanwhile, challenges and losses in his personal life continue to plague the former lieutenant.

I always look forward to another in this outstanding multi-leveled series—and I read each offering with enthusiasm.

FTC disclosure—this book was provided by the publisher.
Posted by Msmstry at Sunday, January 02, 2011 No comments: