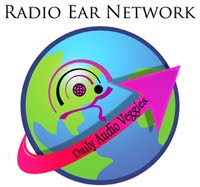 Radio Ear Network (REN) is Internet radio, bringing innovative talk and independent music to more than 6 million listeners around the globe. In keeping with the show’s global theme, guests for the first shows include yacht chef Victoria Allman, international hairstylist Mario Ortega, and world traveler Kay Gordy, who will discuss how to be a guest or a host for SERVAS, an organization in more than 100 countries.

Elaine will host a different guest each week and the show will air three times:

REN is a member of the World Association of Community Radio Broadcasters, with members in 115 countries, including NPR. It’s owned by Amanatee Group LLC of Chicago and Sarasota, Florida.

Listeners can hear REN’s shows on their computers. Elaine’s show can be downloaded to iPods, iPads, Nook, Kindle, Kobo or other e-tablets. Download podcasts or for tablet computers

Elaine Viets hosted the syndicated “Travel Holiday Radio Show” and was a commentator for National Public Radio station KWMU. She is a frequent guest on local, national and international radio shows. She hosted a primetime television program, “Viets Beat,” for KMOV-TV in St. Louis and won two local Emmys.

Serendipity strikes again! I just happened to see the notice that this first-in-series is a free download through Sunday, January 21. I've recommended this series for years, and I'm delighted that new folks can be introduced to Logue's Claire Watkins.
Posted by Msmstry at Wednesday, January 18, 2012 No comments:

A note from Kathryn Kennison and Ruth Dudley Edwards brought the sad news of Reginald Hill's passing. The Telegraph has a lovely obituary.
Posted by Msmstry at Saturday, January 14, 2012 No comments:

Inspector Malcolm Fox and two assistants have been sent from Edinburgh to investigate police corruption in the town of Kirkcaldy, County Fife. Fox is a member of what we in the Colonies call Internal Affairs and in Scotland is known as Complaints—a division of all police departments despised by other coppers. Their only responsibility is the investigation of police corruption.

Fox and his crew are to widen the investigation of Paul Carter (already confirmed as a policeman willing to exchange sexual favors from women in order to overlook minor offenses). Several other policemen may be involved with Carter, if for nothing but overlooking his misdeeds. Carter was turned in by his uncle, ex-cop Alan Carter. As Fox and his team widen their investigation, Alan Carter turns up dead—an apparent suicide. To complicate matters it appears that Alan Carter was looking at a case he was involved in back in 1985.

The team must decide the investigation’s width and whether there is any connection between the two cases, realizing they will be stepping on official toes!

There is good reason Ian Rankin is considered among the best writers of the genre.
--Stephen Bank
Posted by Msmstry at Friday, January 06, 2012 1 comment: