Interview with Karla Mast on Examiner.com

I was delighted when Karla Mast asked me for an interview. She just sent me the link to Examiner.com. I hope you'll like it.
Posted by Msmstry at Monday, February 21, 2011 No comments: 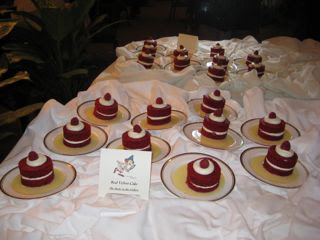 I just got an interesting email from Katherine. To celebrate the publication of The Body in the Gazebo (April, Morrow), her publishers are running a contest on her web site for a signed first edition of the book and to the first 20 entrants a signed hard cover from her backlist.

There's a link at the top of the home page where you can contact Katherine if you want to congratulate her on her nomination for an Agatha for Have Faith in Your Kitchen.

The nominees for Agatha Awards were announced yesterday. Good luck to all!

Best Non-Fiction
The Poisoner's Handbook: Murder and the Birth of Forensic Medicine in Jazz Age New York by Deborah Blum (Penguin)
Agatha Christie's Secret Notebooks: 50 Years of Mysteries in the Making by John Curran (Harper)
Sherlock Holmes for Dummies by Stephen Doyle & David A. Crowder (For Dummies)
Have Faith in Your Kitchen by Katherine Hall Page (Orchises Press)
Charlie Chan: The Untold Story of the Honorable Detective and His Rendezvous with American History by Yunte Huang (W.W. Norton & Co.)

Best Children's/Young Adult
Theodore Boone, Kid Lawyer by John Grisham (Dutton Children's)
Theodosia and the Eyes of Horus by R. L. LaFevers (Houghton Mifflin)
The Agency: A Spy in the House by Y. S. Lee (Candlewick)
Virals by Kathy Reichs (Razorbill)
The Other Side of Dark by Sarah Smith (Atheneum)
Posted by Msmstry at Friday, February 18, 2011 1 comment:

I rarely believe everything a publisher writes on a book cover, but this time I'm right with them—this is truly Golden Age of Mystery meets P. G. Wodehouse! Throw in Simon Brett, and there's bound to be a great time reading.

Blotto (think Bertie) and Twinks, his sister (think Jeeves), are the younger offspring of the Duke of Tawcester. Not content with being wealthy dilettantes, they collaborate to solve the murder of an unknown man in the library after the bumbling constabulary is forced to rule the death "by natural causes." Twinks, who has an uncanny ability to sniff out clues that Holmes would be hard pressed to find, convinces Blotto, who can and will explain the game of cricket to one and all, that they must solve the crime.

The chase takes them from their ancestral home, across Europe, and into Mitteleuropia, employing every cliched devise known to literature and giving the reader a most delightful romp and quite a few chuckles along the way.

Blotto and Twinks, I love you!

FTC Disclaimer - This book was supplied by the publisher.
Posted by Msmstry at Thursday, February 17, 2011 1 comment:

I'll admit it even before someone points out my bias: I absolutely love Hamish Macbeth! Death of a Chimney Sweep is one of the strongest in a long series, in my humble opinion.

Highland newcomer and general bully Captain Henry Davenport orders his wife to have the chimney sweep in tomorrow while he's gone for a walk—and to tell anyone who calls that he's gone abroad. Not surprisingly, Milly enjoys his absence and isn't concerned when he doesn't return after several hours. A plopping noise in the fireplace is her first clue that something is wrong. Readers won't be surprised to learn that the noise was made by blood dripping from the chimney.

The crime behind the several murders is complex and there's a great side story in the village. Speaking of Lochdubh, there's just enough of the eccentric characters I love to make me feel I'd visited my favorite part of Scotland.

FTC Disclaimer - This book was provided by the publisher.
Posted by Msmstry at Monday, February 14, 2011 No comments:

I got an exciting email from Vicki Delany yesterday. Let me share parts of it with you.

Hi, Molly. I’d like to ask you for a small favour, if I could. And if you wouldn’t mind passing this on to your book loving friends, I’d appreciate it.

To my considerable surprise, Negative Image has been nominated for a CBC Bookie award (hideous name) for best mystery/thriller/horror.

Its online voting, so I’d appreciate it if you could take a minute to give it a vote.

You don’t have to register or sign in so it only takes a few seconds (thus you can vote on any and all of your computer devices – laptop, home computer, smart phone). Be sure and let all your friends know.

Negative Image is a great book and you'll be glad you voted!
Posted by Msmstry at Sunday, February 13, 2011 1 comment: