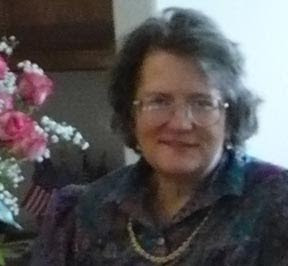 I'm delighted to welcome Colorado author Pat Bertram as a guest blogger today. Pat's the author of three mysteries, most recently Daughter Am I. Today, she shares some of the notes and thought processes which brought the book to fruition. 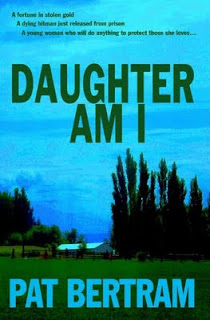 I finished writing the first draft of Daughter Am I on February 2, 2005, and after the all subsequent years of rewriting and editing, I’ve managed to forget most of my original ideas. I recently dug out the notebook I kept while writing the novel and was surprised to see all the preparation I did beforehand. I have pages of notes about Chicago, particularly about the section of the city called River North. I hand drew a map of the neighborhood with a star to mark the location of my fictional bar. I even have a description of the bar, though I don’t remember if that description came from a guidebook or my imagination. According to my notes, the bar was originally a speakeasy during prohibition. The building dates from 1872 and has housed a tavern since 1921. The bar retains many of the fixtures from those days, including a brass rail for the feet, an old cash register, and faded ads on the walls.

I noted odd bits of history: both the St. Valentine’s Day Massacre and the FBI shooting of Dillinger took place on North Lincoln Avenue. Serendipity came into play when I discovered that seven bushes mark the spot of the massacre, which is now (or was when I wrote Daughter Am I) a grassy area next to a senior citizens home -- the perfect place for one of my feisty octogenarians to live.

I have many notes about Tombstone, Arizona, though I used very few of them. Apparently, I was quite taken with the Bird Cage Theater because I have a full page of notes about that music hall where Caruso, Sarah Bernhardt, and Lillian Russell all performed. The Bird Cage Theater was also the site of the world’s longest continuous poker game. In all, $10 million dollars exchanged hands. I cannot even fathom how much that would be in today’s dollars. A hundred million? A billion?

I have notes about mileage for Mary’s journey. Denver to Julesburg is 182 miles. Julesburg to Ogallala is approximately 29 miles. Ogallala to York is 231 miles. York to Omaha is 106 miles.

I have a life-size drawing of the gun in Mary’s handbag -- an Astra Cadiz .38 revolver. One of my editors questioned that Mary would feel the extra weight of the gun, but the answer is here in my notes -- the weapon weighs two pounds, so yes, it would be noticeable.

I jotted down bits of dialogue, some of which, like this, never made it into the book:
“He’s good people.” “What does that mean? That there’s more than one of him?”

I made some cryptic notes, such as: “all roads lead to Cincinnati,” which refers, I think, to the beginnings of the national crime syndicate. And “Covington was the proving ground. When they went to Las Vegas, they already knew how to run big casinos.”

Strangely, I even have detailed character sketches of all my characters. The only reason it’s strange is that I’ve never done that before. But then, I never wrote a book with so many characters who were onstage at all times.

Thank you for indulging me today. I hope you enjoyed leafing through my notes as much as I did.
Posted by Msmstry at Tuesday, November 10, 2009

Thank you for inviting me to be a guest on your blog today, Molly. It's a real honor!

Don't know about its being an honor for you, but I'm delighted to have you here.

I like the specific dates. The more real we make the characters in our heads as we create them, the more real they will feel to the reader.

A fascinating post -- and familiar! My desktop is cluttered with many such timelines and odd notes.

What a fun peek behind the scenes! thank you.

I love looking back at some of the early stuff I envisioned for the ShapeShifter world. I know what you're talking about.

Just me, Pat. All posted about at Win a Book!

This was fun. I think I might have to take a leaf from your notebook soon and start writing background notes for characters and places in my YA series.

I think I'm jealous of your research, all those fabulous historic facts in your notes.

Hi, L.V. The specific dates sort of surprised me. Usually I have a reason for everything, so I apparently I needed to know the dates, though I don't know why -- perhaps for no other reason than to make them real to me.

Vicki, save your notes! Three or four years from now, you will look at them as a bit of history.

Kaye, I'm glad you enjoyed the behind the scenes look. I sure enjoyed going through the notebook.

Hi, Susan! So pleased to see you! Thank you for posting my blog tour stops at Win a Book.

Sheila, I was surprised to see all the background notes on characters, because that is not something I usually do. I have a hand drawn map and all sorts of information about Thailand for More Deaths Than One, but not so much for my other books. Maybe I should dig those notebooks out, too!

A.F. I do have a lot of historical notes. Several notebooks worth! I used to just read history, but after I started writing, I decided to takes notes in case I ever needed the information. The problem I now have is that it's almost impossible to find what I'm looking for!

Your notes are obviously a treasure trove of information, even for those details that didn't make the final cut. Notes tend to support an author through immersion sometimes. My notes are always very specific. For example, there's a cool site called how far is it: enter the name or co-ordinates of any two locations in the world, and the site tells you the miles between them--as the crow flies. I usually know highway mileages as well--how long will a trip take, what will people see out the car window. They (the notes) never seem to end.

Malcolm, My first four books were written before I had the internet, before I had a computer, even, so I only had once source of information: books. I find myself taking fewer notes now because it's easy to look things up on the internet. Oddly, now that I have that incredible research tool, I don't do as much research. But perhaps that has more to do with not writing than anything else. We'll see what happens when/if I get back to writing!

Thinking about getting a car insurance quote?
[url=http://safe-car.org]Car Insurance[/url]
A growing number of people are dropping their auto insurance to try to save money, according to a recent study by the Insurance Research Council (IRC). If the current rate of unemployment continues, the IRC estimates that the national uninsured rate will climb from 13.8 percent in 2007 to 16.3 percent in 2010. With that many people driving without coverage, it's dangerous to be uninsured. But how much car insurance do you really need?
If you're like many people feeling the pinch, your inclination is to get the bare minimum of insurance coverage required by the law in your state. That's a good place to start, though those minimums may not fully protect you -- or your assets -- if you file a claim. We recommend getting more than the minimum coverage unless you are driving a beater and have no assets to protect.