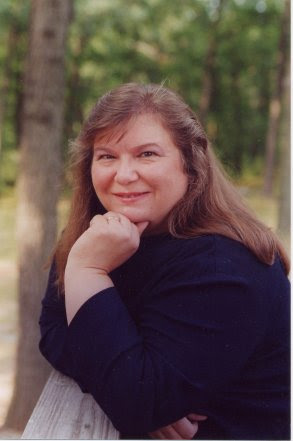 Please join me in welcoming today's guest blogger, Toni L. P. Kelner. I met Toni at my very first mystery contest, way back in…well, who cares what year it was. Toni hails from North Carolina, but like the protagonist in her first series, Laura Fleming, she moved to the Boston area where she still lives. Toni has a long backlist of great mysteries in that series; numerous short stories; two anthologies, edited with Charlaine Harris; and a new "where are they now?" series featuring Tilda Harper. In her blog today, we learn that Toni has a thing for old TV Westerns.

The Golden Age of Cowboys was a glorious time.  No, I'm not talking about the real Old West, back in the 1800s. I'm talking about the 1950s and 60s, when you could hardly turn on the television set without seeing a ten-gallon hat, a horse, and a tumbleweed a-tumbling. All told, there well over a hundred different TV Westerns aired. If you'd taken all those TV cowboys and laid them end to end, you'd have...  Well, you'd have a whole passel of cowboys laid hat to boot.

Now those TV Westerns were not strictly accurate depictions of frontier life. But then again, they weren't meant to be. Real-life cowboys were people—TV cowboys were heroes. Cowboys and the Wild West were idealized almost before the era ended, with all the mostly fictional accounts of the exploits of Wyatt Earp and others being published, Buffalo Bill Cody's Wild West Show touring the world, and "real" cowboys displaying their talents at dime museums. Some of the earliest movies were Westerns, so it's no surprise that they rode onto the television screen at the first opportunity.

And there was such variety! There were Westerns aimed at kids (Hopalong Cassidy and The Roy Rogers Show), adults (Gunsmoke), and families (Bonanza). There were lawmen in Tales of the Texas Rangers and Steve Donovan, Western Marshal, ranchers in The Big Valley, gamblers in Maverick, a reporter in Man Without a Gun, a doctor in Frontier Doctor, and even a frontier circus in (naturally) Frontier Circus. 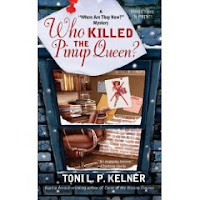 So what do TV cowboys have to do with mysteries, particularly my latest "Where are they now?" novel, Who Killed the Pinup Queen?

The fact is that there are actually two threads running through this book, despite the title. One is the story of the murdered pinup queen, but the  other is about TV cowboys. TIlda Harper, my protagonist, is a freelance entertainment reporter. Her current assignment is to track down former guest stars from the fictional Western Cowtown, and she has to wrangle those interviews at the same time that she's trying to find out who killed the pinup queen. Not surprisingly, the stories intersect.

You might think that these two trails go in opposite directions, but cowboys and pinup queens make for a wonderful juxtaposition. For one, both are American idealizations. Pinups are hyper-feminine, whether they're portraying the girl next door or the bad girl you wish were next door. Cowboys are hyper-masculine—strong, rough and ready, independent— yet kind to women, small children, and animals. For another, both pinups and cowboys are the stuff of illusion. Pinup queens are airbrushed and made up and posed and anything but real, while authentic cowboys probably didn't bathe nearly as much as their TV counterparts.  And nothing makes a mystery writer happier than having illusions to play with.

Then there's the fact that Tilda specializes in "where are they now?" stories about the formerly famous, which is frequently stars from old TV shows. And as I mentioned before, there were lots and lots of TV Westerns. I could create a fictional one and slip it into the herd without raising even a tiny cloud of dust.

There's also the fun of having cowboys in Boston, which is not really known for them. Boston isn't exactly known for Hollywood types either. So my characters Tucker and Hoyt Ambrose, known as the Cowboy Kings because they produced a posse of TV Westerns, stand out from the herd two times over.

But here's the real reason I wrote about TV cowboys: I like them. I like famous Westerns like Gunsmoke and The Big Valley, funny shows like Maverick and The Wild,Wild West, and obscure ones like The Quest and The Guns of Will Sonnett. I like knowing pretty quickly who's the good guy and who's the bad, I like the good guys winning, I like the kindness to women and small children and animals, and I absolutely love cowboy hats and shirts. I even enjoy how Westerns sound: horses nickering and galloping, all that stuff on the saddle rustling and rattling, those fake desert animal noises. Even the gun shots sound less threatening than in the average cop show. That's why I created the Cowboy Kings and the show Cowtown.

You see, my character Tilda only has to live with a story for a month or two, but when I set out to write a book, I know I'm going to have to live with that topic for upwards of a year. That means it better be something I enjoy. Like TV Westerns. And I had a wonderful time researching the genre, and then setting up plots and characters for my fictional show. And just as the Lone Ranger and other TV cowboys had creeds, oaths, and prayers, I came up with The Cowtown Code, the rules by which the inhabitants of Cowtown live.

Now I don't think you have to like TV Westerns to enjoy Who Killed the Pinup Queen? Most of the book involves the mystery, not the background, and of course, there are those pinup queens if that's more to your taste. But if you do like 'em, then saddle up and ride along. We can talk about our favorite Westerns while we go—I bet you have a favorite TV cowboy, don't you?
Posted by Msmstry at Monday, January 04, 2010

It's great to see a woman proclaim a love for westerns. I grew up on those 60s westerns, and still love them. In fact, they, along with the grittier westerns that followed, continue to inspire me since I write westerns as well as mysteries.

One of the great things about Molly's blog is encountering writers that one is unfamiliar with, or have interest that wasn't readily apparent. Kudos. I'll check out you're latest book.

Yippee aye yay! Great post. I loved the cowboy way back in the Fifties! Listened to them on radio before we had TV. My guy was the Lone Ranger -- so cool, so mysterious.

And I like your parallel of cowboys and pinup queens as the stuff of illusion! So was the Fifties, in a way.

Larry,
Sadly nobody else in my house likes to watch Westerns with me, though I can get my husband to watch SILVERADO and THE MAGNIFICENT SEVEN. And oddly, FIREFLY, which was kind of a space Western, has him rethinking his opinion.

Vicki,
Thanks. And it's easy to love The Lone Ranger. Even if we never got a chance to thank him.

And don't forget Kit Carson. I can still hear Jingles (Andy Devine) yelling, "Hey, Wild Bill, wait for me!" The program was brought to us by Sugar Corn Pops. My five-year-younger than I next door neighbor always demanded a bowl of that cereal while she was watching the program.

Toni, I thought FIREFLY was brilliant. Just sad it was only one season. The world needs a new western TV series that is good. DEADWOOD was OK, but not to my taste. I hear the Cohen brothers are remaking TRUE GRIT. I'll withhold judgment until I see it.

Larry, we just finished watching the whole run of FIREFLY, plus the move SERENITY, with my older daughter. So much fun to introduce her to good stuff. I never saw DEADWOOD. TRUE GRIT? I'm with you--wait and see.

Tony,
I've enjoyed the Laura Fleming series and your many short story collections. I look forward to reading your new series.
Karen

Thanks so much! That means a lot.

I also enjoy your books, Toni. I was, and still am, a fan of Gene Autry, the Singing Cowboy. At Christmas time, when "Rudolph, the Red-Nosed Reindeer" plays, I relive some of those days.