How well do we really know our neighbors? 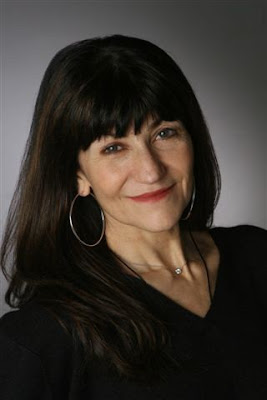 I was on a panel recently at the Empire State Book Festival and a young girl in the audience - obviously a fledgling writer - asked how to write a really good villain. From her tone and facial expression it was clear she imagined herself creating a character that who would rival Hannibal Lecter for chill factor and body count. She sat, pencil poised ready to hear the worst, but my fellow panelists and I surprised her.

There was a great line in the 1980s film, Broadcast News. Albert Brooks’ character has just declared that his romantic rival, a never-more-handsome William Hurt, might just be the devil. When questioned further he says, “c’mon, who’s going to be fooled by a guy with horns and a tail?” Bingo. I love that line. And I think of it every time I write a bad guy. Most bad guys don’t drool, have pointy teeth and looked glazed over. In fact if you are a fan of HBO’s True Blood some of them may actually be the good guys. Real villains are generally reasonably normal until pushed over the edge and driven to commit crimes by circumstances most of us – happily – choose to handle in other ways. Those circumstances are frequently caused by what I like to refer to as the three basic food groups – greed, lust and revenge. When you eliminate politics and religion, and most traditional mystery writers do, these three things are responsible for much of the mayhem in our books. And who among us hasn’t been touched, even briefly by one of these?

Granted, the young woman I mentioned was addressing a trio of traditional (or if you must, cozy) mystery writers, who rarely, if ever write serial killers, but I think it holds true for all villains. Aren’t we more surprised by the Ted Bundy, clean cut psycho than we would be by the scarier-looking, leather clad, tattooed biker, who’s probably a big sweetheart? What’s scarier than the monster who lives next door? The person who looks just like us and waves from the garden, but may be leading a double life? How many times – after a horrific crime – have we been told “he seemed like such a nice man?”

Which brings me back to the title of this piece – How well do we really know our neighbors? We see what’s in their shopping carts at the market. We sneak a peek at their garages when we drive by (neater or messier than ours?) In cities we may see what they put in the garbage or which catalogs and magazines they get (hmmmm…CatFancy or Soldier of Fortune?) We see what they let us see, but what aren’t we seeing? How well we know our neighbors is at the core of Dead Head, book three in my Dirty Business mystery series.

Fugitive Mom…that’s the headline that rocks a small suburban town when one of its favorite ladies is discovered to be a fugitive from the law living in town under an assumed name – for decades. When amateur sleuth Paula Holliday is hired by the woman’s distraught family to find out who dropped the dime and why she learns more about her neighbors than she ever dreamed and some of it is pretty scary.

Like my other books, Dead Head is laced with plenty of humor. That’s another tried and true device for making a villain and his crimes pop – the juxtaposition of something bad with something funny or mundane.
No horns or tails necessary.

Get a taste of Dead Head
Rosemary Harris is the Anthony and Agatha-nominated author of Pushing Up Daisies and The Big Dirt Nap. She splits her time between New York City and Fairfield County, CT where she is a master gardener. She is past president of Sisters in Crime New England and a board member of Mystery Writers of America’s New York Chapter. With her husband and through the generosity of many friends in the publishing industry, she has founded a community library in central Tanzania. Visit her at www.rosemaryharris.com to find out how to get a free limited edition Dead Head hat or sportssak.
Posted by Msmstry at Monday, April 19, 2010

Hi Rosemary, this is a fantastic blog. I'm a clinical psycyhologist (formerly a forensic psychologist) and every time there was a gruesome crime, friends and neighbors said, "Gee, he seemed like such a nice guy!" Congratulations on DEAD HEAD, it sounds terrific!

Rosemary, I'm glad you mentioned Ted Bundy--when I spoke at Liberty State Fiction Writers recently, a lot of people in the audience didn't realize he was the 'inspiration" for Ann Rule's wonderful true crime novels. Ann Rule and Ted Bundy sat side by side, for hours, alone, manning a crisis hot line in the wee hours of the morning. She was astounded to learn she'd been sitting next to a killer and never suspected a thing. She said that's what got her interested in writing her enormously successful books. Interesting, I thought.

I introduced Ann Rule when she was in Raleigh many years ago. She spoke about Ted Bundy then—and it was chilling!

I've always wanted to meet Ann Rule! She has an amazing talent for capturing true crime on paper...

Hi ladies,
I can't even imagine that. But that's what makes suburban noir so interesting to me - the outward appearance of normalcy. It was even one of the reasons I think The Sopranos worked so well - the juxtaposition of things like college entrance exams and swim meets and then the cut to criminal activity.