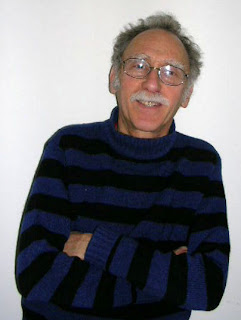 Steve Bank at the Cary (NC) Library has recently caught "review fever," so I asked him to share some of his favorites.

Al Capone is in jail. It is 1935 and Eliot Ness is still fighting illegal bootlegging, even though Prohibition has ended. Anxious to leave Chicago and fight crime in a new venue, he accepts when the mayor of Cleveland offers Ness the position of safety. He soon finds himself fighting several battles simultaneously: The Cleveland Police force is corrupt, illegal booze is still flowing and there are many young men out of work and looking for trouble.

Ness doesn’t realize he will soon be enmeshed in one of the nation’s most horrific crimes—a serial killer is loose in Cleveland. He wants nothing to do with the investigation, figuring this is for homicide detectives, but the public knows the great Eliot Ness is in Cleveland and they demand that he engage himself in the hunt for the killer. The mayor and the chief of police beg Ness to get involved . He accepts and is teamed with the best homicide detective in the city, Peter Merylo.

There are no clues, no leads, but dismembered bodies keep showing up in the poorest parts of Cleveland. The only clue is that the bodies seem to have been dissected with the skill of a surgeon or at least someone with a good medical background. Identifying the bodies is difficult because different body parts are found in different locations!
Although this is a spine-tingling novel,it is based on actual events that occurred in Cleveland in the mid-thirties. Bernhardt has done extensive research in order to tell the story as historical fiction. For those who enjoy the gruesome pursuit of some of our most heinous criminals, Nemesis will keep you enthralled.