The Blackhouse by Peter May (SilverOak) 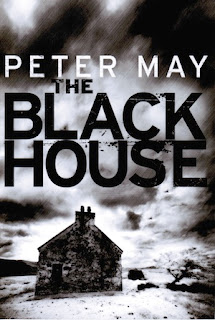 Detective Fin Macleod has been assigned from the Edinburgh Police Department to help solve a grisly murder on the Isle of Lewis in Scotland's Outer Hebrides. The murder resembles the work of a serial killer from the Scottish mainland. The murder in Lewis is not only similar, but the victim is Fin’s childhood bully. As Fin digs deeper into the murder, he knows he will run into people from his childhood including his best friend and his one and only true love.
Peter May does a terrific job of melding the past and the present as Fin battles the ghosts from his past as he battles to solve the murder.