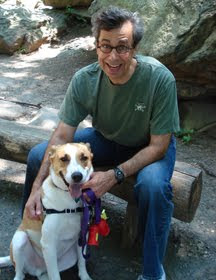 Stopping by the Idea Depot

Where do you get your ideas?

That is probably the most frequently asked question I get at author readings, right up there with “do you use a computer or write by hand?” 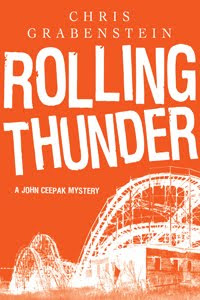 In response, I usually say, “At the Idea Depot. They give you a nice discount if you buy in bulk.” And then I regale the audience with a “What if?” and “And then…” exercise. For instance, when coming up with the idea for ROLLING THUNDER, the sixth book in my Anthony Award winning Ceepak mystery series that just came out this month (see how I worked in a plug there?), I asked myself “What if somebody really had a heart attack on a roller coaster, like all those signs along the waiting line warn you about?” And then -- the person who has the heart attack is the wife of the roller coaster tycoon, a very prominent citizen in my Jersey Shore town of Sea Haven. And then -- all of her children are glad she is dead, which makes Ceepak suspicious. Was it a heart attack or something more sinister? And then -- another dead body is found. And then -- the two deaths are connected.

And so on and so on for all the ups and downs, twists and turns of my narrative roller coaster ride.

However, this past week, at a bookstore event in my old home town of Metuchen, New Jersey, someone asked, “You ever think about writing a mystery about the carnies, the scruffy people who work the boardwalk?”

And boom. I didn’t answer for a second. Because my mental roller coaster wheels started spinning, racing through the rough outline for Ceepak mystery #7.

All of a sudden I saw this “Knock ‘Em Down” game booth on the Jersey Shore boardwalk of my mind. It’s early morning. First thing in the morning, the young dude working the early shift opens up the front plywood flap and sees something horrible. Hanging up there, right in the middle of all the Clifford The Big Red Dog, Spider Man and Sponge Bob prizes, there’s a dead body dangling from a peg on the wall.

And then, the dead guy is someone the dude knows, a friend who works the booth late at night. And then, maybe the dead guy, we find out, was selling more than a chance to knock down milk bottles with a softball; he was selling Snuki and the Situation (okay, not them, I promise) their nickel bags of dope and crack cocaine. And then, maybe this character of Skeletor, a drug dealer who’s been lurking around the Ceepak books since MAD MOUSE and more ore less escaped in HELL HOLE, is involved. And then, Tony Soprano shows up…

Okay, maybe not Tony Soprano, either, but, well, New Jersey is famous for its mob connections, especially in the drug trade (not the kind they make near Rahway at Merck).

But, I think, if there is a Ceepak #7, it will be called KNOCK ‘EM DOWN and start with a body in a game booth, blood staining the bright yellow fuzz on Sponge Bob’s smiling face. I will need to do some grueling research this August down the shore in Seaside Heights (yes, that Seaside Heights, the one where MTV films their JERSEY SHORE with the real Snuki and The Situation who don’t look all that real). I will have to eat orange and white swirl cones and eavesdrop on carnies who chant things like “Win a Tweetie for your Sweetie.”

That night, on the train ride home from Metuchen, I started jotting down all sorts of twists and turns. I think I know what happened. If ROLLING THUNDER sells well and the publisher wants another book, I’m ready to rock.

So, I guess that question about where do ideas come from can now be answered, “Sometimes they come from question and answer sessions just like this one when someone asks a very interesting question, the kind that makes you say, ‘What if….’”

Chris Grabenstein just won his second Agatha Award for Best Children's/Young Adult mystery for The Hanging Hill. He invites readers of all ages to visit his website.
Posted by Msmstry at Tuesday, June 08, 2010

Well, I'm glad that #7 is confirmed! That's the beginning of a great plot, I can tell already. Can't wait to read the hook you come up with, too!

I love the idea of writing about the carnies! Especially since I only recently discovered my mother's side of the family had a dark secret ... yes ... they were "carnival people" back in the 1920's - not the Bearded Lady type (fortunately) but boxers!

I haven't even read ROLLING THUNDER yet and I'm already for KNOCK 'EM DOWN! How can you do that to us?

If I'm ever in trouble, I want Ceepak on the case!